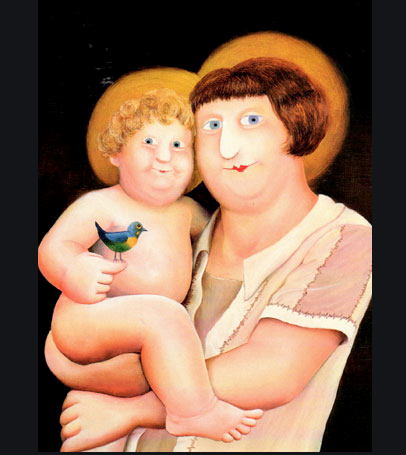 There are some lessons in life which we never quite learn, one of mine is that when someone asks how I am I tell them. More than likely they really don’t want a full account of my doings let alone a comprehensive update on the well-being of the dogs. They just don’t but I tell them anyway. I suspect most of us do pretty much the same. We will talk about our families, our aches and pains, what’s happening at work or even church. We talk about the circumstances of our lives, which is about as much as (or more than) people want to hear.

In our gospel reading today Jesus is also asking how we are, but he is not really interested in our circumstances because, he really wants to know about our life. This is not a superficial enquiry about sometimes-superficial lives, this is a genuine, not to say probing, enquiry about our actual life.

I don’t know about you, but I am not sure that I could answer that; at least not immediately. You see sometimes it is easier and far more comfortable to stick to the superficial. We all know that and apparently it is also easier, by far, to walk away rather than answer the question or even simply hear it. Because what Jesus says and, more to the point, what he asks, is just too much for most folk. Many have already left and even more will be thinking about it. Their life may not actually be fine but at least it is familiar. Let’s not rock the boat.

Despite the obvious unhappiness of the crowd Jesus pushes on. He wants them to ask themselves that question, the big boat rocking one; have they life within them? And he wants us to ask ourselves the same thing. Have we life within us? This question is to force us (and yes, I think it is force us) to recognise the real cause of the hunger so many feel. That missing and mysterious something which Jesus has been trying to get the crowd to see in themselves. The hunger due not to an empty belly – but an empty life.

I don’t imagine that when 5000 people found themselves holding their hands out with disbelief and a short-lived gratitude that they expected to be asked the most profound question of their life. They had been impressed and amazed as the bread and fishes continues to appear but, in their amazement, they mostly forget all the things Jesus had taught them during the day. In their amazement and bewilderment, they had wanted to make him a king not understanding that in doing so they would be making him less than he is, not more. When he refused, they lost faith; after all, if this man was not going to be a king, then he was probably not going to be providing much bread either.

What is truly important?

In week two of our journey with the 5000 we heard Jesus give them the truth, confirming their suspicions that the party is over: “You are seeking me not because you saw signs, but because you ate your fill of the loaves. Do not labour for food that perishes, but for the food that endures to eternal life.”

In our reading last week, we heard how Jesus tried to turn their attention to what is truly important, Jesus Himself and how the choice he offered was between the bread of life and the bread of death. Which brings us to today as Jesus says: Those who eat my flesh and drink my blood have eternal life, and I will raise them up on the last day.

Let us be clear (and fair to the crowd) the very idea of sharing Jesus’ flesh would have been absolutely horrific. This was not only a matter of offending Jewish law and culture, the words John uses translate more accurately as gnaw my flesh and guzzle my blood. But even though the crowd object and become more obstinate – Jesus doesn’t let up. He becomes even more forceful. He is very plain, without him, we will perish.

We may be less squeamish today, but those words continue to offend people. Jesus continues to offend people. Most folk are reasonably OK with Jesus being a great teacher, even if (or perhaps especially if) they think he has little or nothing to teach them. They are fairly happy to hear a story, a nice one, like the nativity or that one about the good shepherd. They may like to persuade themselves that he is on their side when it comes to their causes, their politics, their opinions. But there are limits and many people will think that Jesus does not need to be part of their decisions nor does he need to be part of their lives. People are still offended by Jesus…

Well, before we get too smug let’s not forget that in the gospel story it is nearly always the religious folk who don’t get or won’t accept the message that Jesus delivers. He just doesn’t quite fit in with the current thinking. So, maybe we Christians are tempted to try and make him fit in, make him more presentable before sharing him with others. Afterall, it is so much easier to present people with the Good Shepherd rather than the man who, based on his words today, is going to be rather difficult to fit in with anything.

So, we Christians, like others before us, try in various ways to make Jesus more palatable to others and ourselves. As a result, instead of showing people the potential for Real Life we show them a half-life which is no life at all. But back on the other side of the lake Jesus continues to offend the crowd and, let them walk away rather than giving them any less than what they need.

“A real life” was proclaimed by Elizabeth Binns at Christ Church Walmersley, on Sunday 15th August 2021. It was based on John 6:51-58. Beryl Cook’s picture of Madonna and Child is Elizabeth’s favourite picture and is shown here with grateful thanks. Copyright © John Cook 2021. www.ourberylcook.com.