Going down to the river

Going down to the river 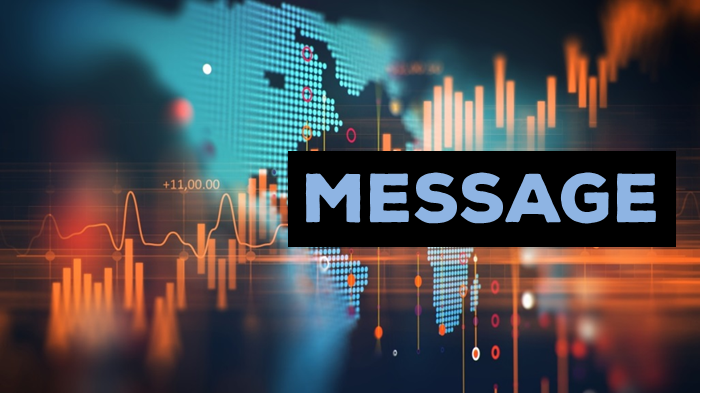 Our Old Testament reading today is that well-known story of Naaman. The one where he, eventually, went down to the river for a wash and came back out a new man. If you share the same TV and film memories as I do, then I do wonder if he enters the water a bit like Leonard Rossiter as Reginald Perrin and comes out like Daniel Craig as Bond in Casino Royale…

Some of you may know that I post my sermons on our church website back in Bury. Often that means they’re read on-line by more people than were physically with me when I first delivered them.

One of my most frequently viewed sermons was on this passage from 2 Kings, which I preached here 3 years ago. It gets a visit most days. I called it: ‘The Slave girl and Naaman’ and the majority of the views are from people who live in Africa. Perhaps it’s the reference to slavery in the title, or maybe to leprosy within the sermon. Sadly, both slavery and leprosy are still very much problems in the 21st century.

The most frequently read sermon on the site isn’t mine though, but is by a retired clergyman, which he entitled: ‘Emancipate yourself from mental slavery’. A bit of a mouthful but he nicked that line from a Bob Marley song. We consequently get a lot of hits from the Caribbean! I’m not quite sure how disappointed they are when they start reading or how far they get – but it does keep the stats up on the website!

Naaman must have been truly remarkable. Despite his skin disease, whether it was leprosy or something else, he continued in his role as a great and favoured warrior. He attended the royal court and the temple and carried on at home as normal. Notice the complete contrast with our NT reading, where the ten with leprosy keep their distance from others. Naaman’s healing comes within a series of miracles that God does via Elisha. We’ve had the jar of oil that never runs out; then the Shunamite woman who miraculously has a son, who then gets ill and dies, only to be brought back to life. Just before today’s verses, we have Elisha feeding a hundred people with a few barley loaves – which is often compared with Jesus later doing something similar but on a larger scale. So, the restoration of Naaman’s body, when he went down to the river, is just the latest miracle intended to show that there was indeed a God and a prophet dwelling in Israel.

Helpless to help himself

And normally we focus on the great and mighty Naaman having to put his pride to one side to receive the blessing of a healing. Powerful in so many ways, he was helpless to help himself when it came to his disease. He was affronted that Elisha wouldn’t even come out of his front door to meet him. Naaman, accompanied by all his men on horses and in chariots, as well as his servants, must have been incandescent at being made to look foolish. And then he wasn’t that keen on having to wash in the equivalent of the Roch or the Irwell. And not just the once either, so that it could be done quickly before anyone noticed, but seven times. Yet there was much more than his pride at stake. Naaman was being asked to put aside the faith of his fathers. To acknowledge that there was something that the God of Israel could do that his god of Aram could not. Our verses today finish with the transformation of not just his flesh but his heart: “Now I know that there is no God in all the earth except the God in Israel” he says. In contrast to Ruth, who says to her mother-in-law: “Your people will be my people and your God will be my God”, Naaman, in the verses to follow, effectively says: “Your God will be my God, but my people will still be my people”. Arguably it prefigures what happens in the NT with the Gentiles coming to faith but without adopting Jewish customs such as circumcision.

But rather than Naaman, for now, I want you to notice the unnamed characters in this story, without which none of this could have happened. We have a young Israelite girl. She’s been captured and trafficked to Aram, which is modern day Syria. She’s there as a slave and has the bravery to speak out to her ‘owner’, Naaman’s wife. Naaman’s wife, also unnamed, then takes a risk by speaking to her husband, taking on trust the word of her young foreign slave. Later we have the unnamed servants of Naaman, who surely must have been chancing it by telling him to take the unpalatable washing remedy prescribed second-hand by Elisha’s servant after Naaman initially refused. See how they even call him ‘Father’, perhaps to soften the request. In between, Naaman goes to his Lord and King on that same word of the slave girl – and the King of Israel is then put on the spot by the more powerful King of Aram. Desperate for a cure, Naaman goes down to the river and takes the plunge into the undesirable river Jordan. In each scene, it’s the most vulnerable who do their bit. God’s power is brought to bear by those made vulnerable by captivity or gender or hierarchy or illness or the imbalance caused by the power of war.

But notice something else too. Often, we think of the OT as being a series of stories of God doing this and that for the benefit of his chosen people and to the detriment of other nations. However, our opening verse tells us that God had given victory to Aram, a foreign nation, through their mighty warrior. And on at least one occasion that was presumably a victory over Israel for him to now have a captive Israelite slave girl. We learn that our God is God everywhere. That there are other stories to be told of God at work in other nations. But Naaman’s salvation comes from the very nation that he oppressed. It starts with the young Israeli slave girl and goes through to the prophet Elisha. There could hardly be a bigger gap in status and power between the little, unnamed girl and the mighty warrior – but God yet again stirs the lowly to bring salvation from the bottom upward. None of us are too vulnerable or so unimportant that we can’t be used by God.

Naaman goes down to the river – and his flesh is restored like the flesh of a young boy. It’s not just the leprosy that goes. He’s made new. The scarred, sun-burnt, battle-hardened skin is replaced. It becomes like that of a young boy. Perhaps we’re to think of the young girl who made this all possible. The one whom he’d enslaved and from whom his salvation began. And appropriately perhaps we have this reading just a few days after Yom Kippur, the day of Atonement, the holiest day in the Jewish year: ‘For on this day he will forgive you, to purify you, that you be cleansed from all your sins before God’ (Leviticus 16:30)

But something much bigger than Naaman’s healing is at play in our reading. Our verses start with the kidnap of that young Israeli girl by an Aramean raiding party. Further on in the next chapter, those raids come to a stop. The two hostile, warring nations are reconciled. Looking at all this differently, it’s not Naaman who is the hero of the story – it’s the young girl. Her brave and forgiving action in initially speaking up and showing concern for Naaman, the man who had put her into slavery, produces an amazing domino effect. More than a man having a bath, which was probably remarkable enough, it led to national reconciliation between Aram and Israel. A small act by a tiny girl, with a huge consequence. Like the girl, most of us have seemingly little power or influence. Maybe we even feel vulnerable in some way. But those small acts of kindness that we can do can be used and amplified by our Lord and God to mighty and almighty affect. So, please, let’s make sure that we do them. Amen ‘Down to the river’ was delivered by Ian Banks at St James, Heywood on 9th October, 2022. It was based on 2 Kings 5: 1-3, 7-15c.